We are One Of The Distributor For Fengshui Stuffs In Singapore. We Supply To Retail Shops In Singapore And Overseas Customers.

WE ONLY DEAL IN AUTHENTIC ARTIFACTS such as LIU LI And Water Features Items.

Due to Website limitation, If there are specific items that you need that are not in the selection posted here. You can visit our shop and contact me the timing you can visit us.

What And How Liu Li Is Made

Colored glaze or "Liu-li" in Chinese was praised as the first of Chinese Top-five famous wares (The rest are gold-and-silver, jade, pottery, bronze). Liuli, an unique art form of China evolved from the cultural accumulation over thousands of years, whose cultural connotation exists in the architectures and the Masters' hearts. Whenever entering the attractive ancient complex, you would be appealed by the delicate art of Liuli. According to the Historical Records, it will cause a thousand pieces of gold at home, and the rank of minister in career, which means the colored glaze as the mysterious material can bring the good luck for people. In the legend the earliest cornucopia was made of colored glaze too, so it is considered as the keepsake of good fortune more direct and effective than the yellow quartz.

Liuli or Colored Glaze, was the term used to describe glass during the Chinese Tang Dynasty. The art work is made from a combination of glass and lead dioxide. While the proportion for mixing glass and lead dioxide differs from country to country, generally speaking, when the percentage of lead dioxide reaches 24% and above, the translucency and refractive quality of the glass reaches an excellent level. At the same time, the crystal glass is also heavier, softer and in prime condition for crafting into fine works of art. Liuli is well-known for their high quality comparable to European and American crystal glass products and is thus superior in price and quality to ordinary glass products.

The reason we have decided to call our product ‘Liuli or Colored Glaze’ instead of the more common term, ‘crystal glass’, is due to our belief that when the production of crystal glass has gone under the influence of another creative style and culture, it’s creative essence will naturally differ from the West, hence the different name.

The term ‘Liuli’ was first found in the Buddhist Sutra. In the religious scripture, the ‘Light of Liuli’ signifies the elimination of greed and desire, illumination of the spirit of Buddhism and the spreading of the glory of Buddha far and wide.

During the Tang Dynasty, the Chinese nation prospered and its architecture flourished. A form of glazed pottery known as the ‘Tang tri-colored glazed pottery’ had already earned great fame in the region. A potter succeeded in experimenting with the pottery by adding an ancient eaves tile material used in construction and this produced the signature translucency that is associated with the world-famous ‘Liuli’ today.

Expressing the complete concept behind a work of art is extremely difficult and the same applies to a work of Liuli. We believe that its essence is best expressed through the translucency of the Liuli piece. Different sentiments are expressed by the different light sources that illuminate the piece. The fluidity of Liuli’s hue and colors paints a vivid portrait of the world we live in. For our Liuli products, the fluidity between hue and outlook is seamlessly bound together, achieving an effect that is sometimes powerful and sometimes subtle. Its translucency and unique hue brings about a sense of purity that makes it seem as if a mirror has been placed in front of us to reflect our own inner feelings.

How to Make Liuli

The manufacturing technology of the colored glaze is quite complicated, containing dozens of processes to finish, the making course of some fine works will take more than ten or twenty days, and depend on the hand mainly. Each process needs elaborate treatment, controlling the duration and degree of heating depends on luck halflings and the rest on skills. As for coming out of the stove, the finished products just take on 70%. More essentially, unlike gold and silver products, the colored glaze made by ancient method is not recoverable, that means a little flaw will spoil all efforts. So there are not two same pieces of colored glaze in the world.

The raw material should be melt into various kinds of colored crystal glass under a high temperature of more than 1400°C, and then after being carefully chosen and washed many times, it should be put into the mould according to the proportion. The furnace temperature must be controlled less than 1000 °C ±5 °C with the rising or dropping curve of the temperature being established strictly. The course of firing will last over 15 days to make the crystal materials precise in each detail, and then a piece of exquisite, three-dimensional, streamline works will be attained.

A mould can only be used to fire one piece of works. The large-scale complicated works even need to be mold and fired many times. The low success-rate makes the works more valuable. The works is issued in the whole world with quantity limitation, which makes each of the works more worthy of being collected. 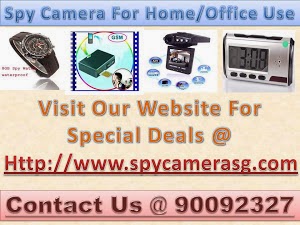